Posted on 26 October 2015 in featured projects

The Bench Go Round is a piece of urban furniture created for the San Francisco Market Street Prototyping Festival. It was conceptualized by George Zisiadis, and designed and built by Rachel McConnell of Neal's CNC. We documented its build on Instructables. 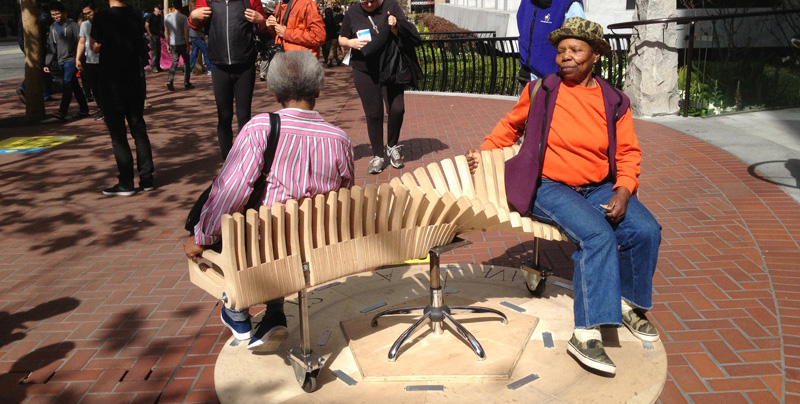 The first Market Street Prototyping Festival (MSPF) happened in spring 2015 over a single weekend, with 50 prototypes laid out in several groupings along the length of Market Street. The MSPF chose the Bench as one of ten projects invited to be installed again, with an updated version, for four weeks in October 2015. 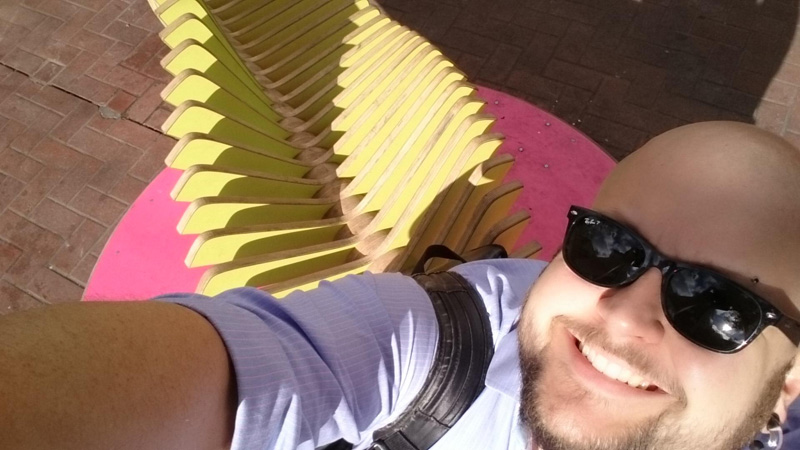 This time we built it with a sturdier stalk, and added color to make it even more cheerful. Again it was loved by all who interacted with it. The MSPF has selected the Bench Go Round for its prototype incubator for ongoing development. A third version will be developed over the next year and installed on Market Street in Fall 2016 for a year. 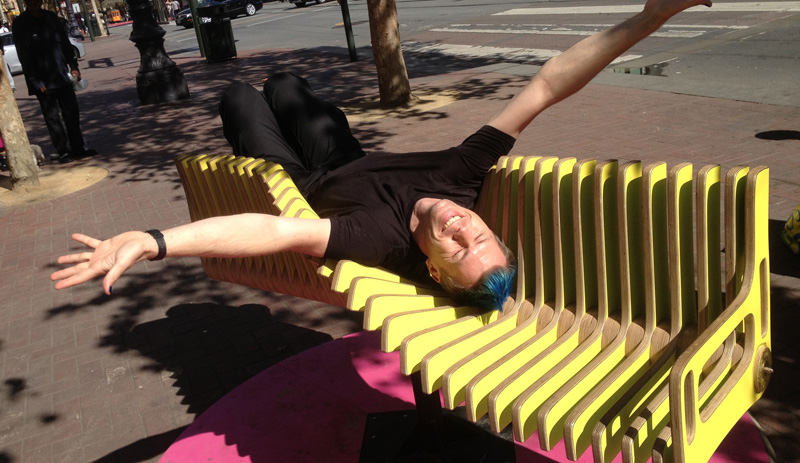 Neal's CNC is very proud of this project. To keep up with the Bench's progress, join Neal's CNC mailing list for occasional updates on this and other happenings at Neal's.